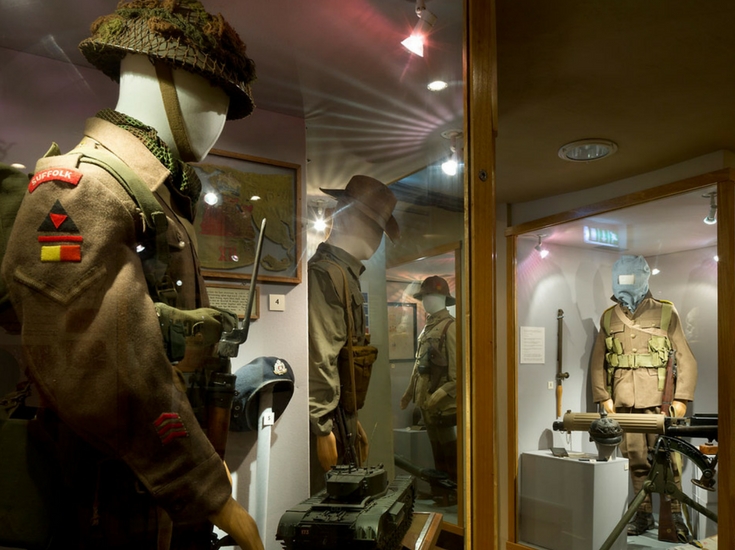 The Suffolk Regiment was formed in 1685 when the Duke of Norfolk raised a regiment for James II to meet the threat of the Monmouth Rebellion. The regiment was known in its early years by the names of the various colonels who commanded it; in 1751 it was designated the XIIth Foot, confirming its position as one of the oldest regiments in the Army.

The gallery presents an overview of the 275 years of the regiment's history. Highlights include the original Colour of Colonel Scipio Duroure presented in 1745, and the Keys to Gibraltor, presented to the regiment to commemorate the part it played during the Great Seige from 1779 -1783. A series of displays represent the Suffolk soldier through the ages.